I have some news – I’m going to the UK in October – yay!! While I’m there I’d love to catch up with you guys. So if you care for a coffee, tea, Bonox, a show or whatever, please email me, it would be great to meet you for real! I’ll be around London from the 1st – 4th October, Dublin 5-9th October, Cheshire 12-14th October, then back to London till I leave on the 18th. Pleeeze, show me your fabric haunts!

On the 12th, 13th and 14th October, I’m going to participate in a women’s jacket workshop taught by Brita Hirsch a German Pattern maker living in Cheshire. Brita has a very impressive CV and has tailored for Pavarotti and Wolfgang Joop no less, I’m starstruck! The classes are private one on one (or 2 or 3) if anyone is interested in joining me. Brita is charging 225 GBP a day. She has designed a class for me (and you) similar to this one. Please email me if you’d like to come.

This By Hand London Georgia dress has been awaiting its debut for a long time. It was finished while Princess was at school, so I had to wait for photos. Thank goodness for her ‘house dinner’ which is jargon for “need a new dress”!

Disclaimer: I think Princess may have put on a little weight. This was a tight fitting dress with no elastane to help, but it did fit absolutely perfectly in the third fitting! She’s gonna kill me for that!

The plastic fantastic brocade was a gem from Pishon Fabrics in Willoughby. It took an entire 1.25m @ $5/m. Cheaper than K Mart! In fact, I spent more on fusible interfacing than fabric because the entire garment was fused before sewing. The fusible added support and has made the fabric so wrinkle resistant – its amazing. 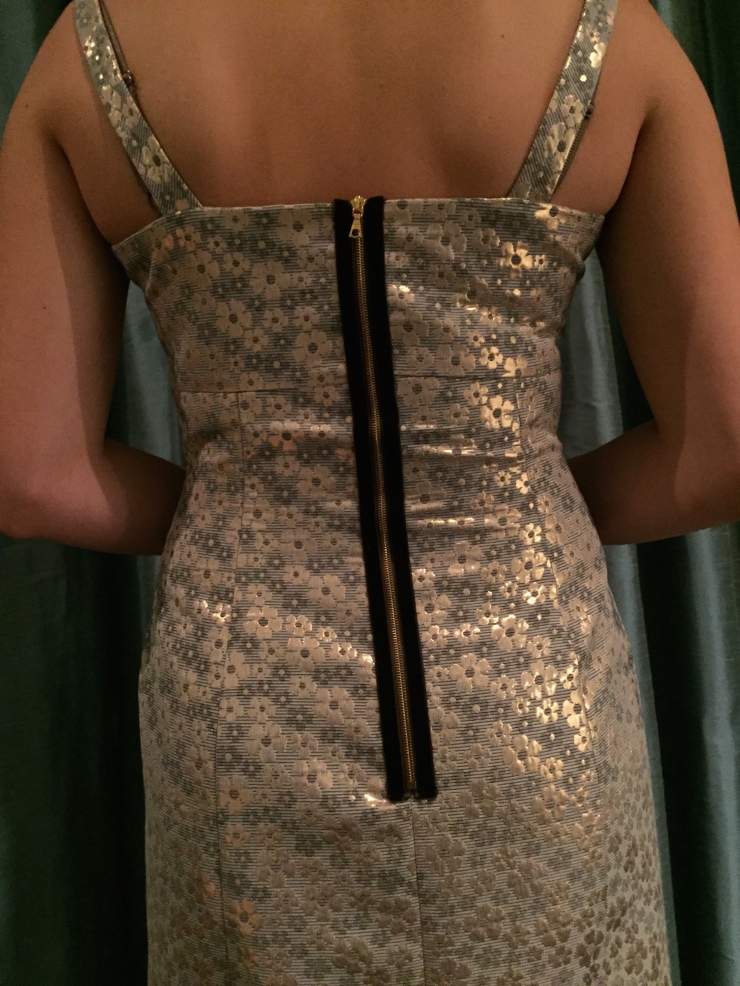 The beautiful brown velvet RiRi zipper was purchased in New York about 3 years ago from Pacific Trimmings. I only have 1 RiRi zipper left now, the other was used in the black lace skirt. In reality that pucker at the bottom isn’t nearly so OMG!

This tutorial was a godsend. I procrastinated endlessly about combining the zip application, with facing and lining. I wanted to tuck the top end away inside the facing but no amount of sewing room charades or tongue set jauntily to the edge of my mouth  :>Q  could make it work. I hereby declare you cannot apply an exposed zip into the facing and line it to the inside – but I’m happy to be proven wrong. That little procrastination cost me 2 weeks I reckon!

The bra cups were cut to little pieces and then draped to fit. Stupid me, there’s a suggested FBA tutorial on the By Hand London website – but I just bolted headlong into the fray as I often do. Doh!! 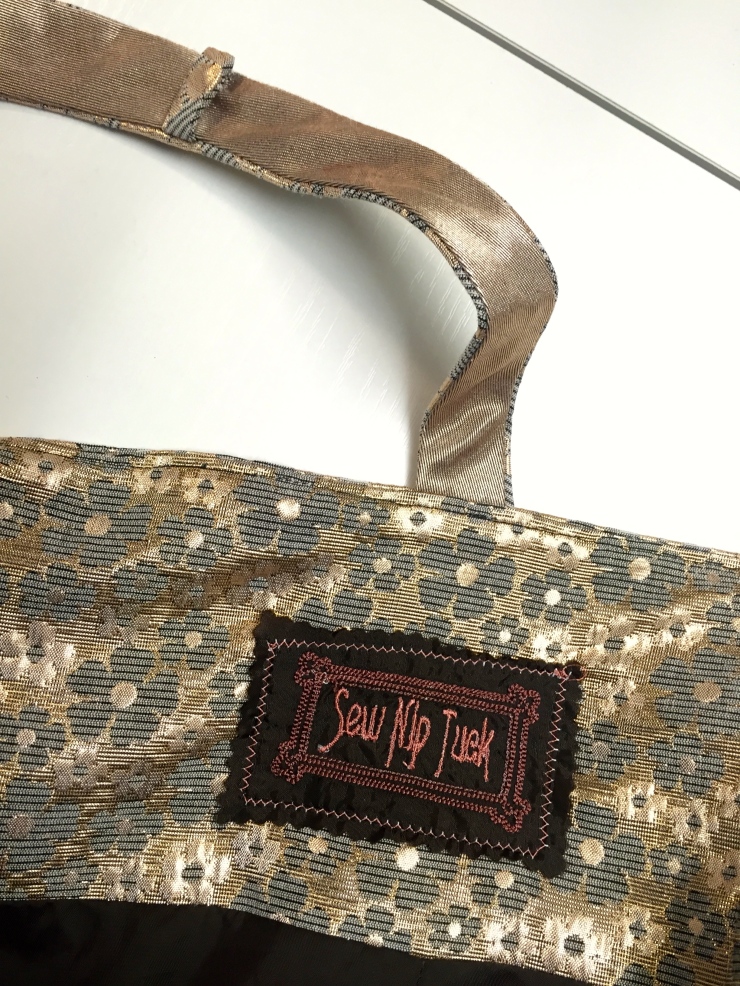 Oooh, I added little bra keepers, but they’re too far back. Don’t want to give Princess any excuses to ask strange men to help her get into this dress, so I will have to move them forward! The things I don’t think of in time – ridonculous! Oh, in case you’ve ever wondered about those clear plastic snaps – don’t wonder any longer. They’re crap. They don’t snap together more than once and thats just enough times to have you sew them insitu. Its a plot I tell you!

This was a fantastic idea from McCalls blog I may have to try. Adding Petersham to DIY a fancy exposed zipper – for when you can’t pop into New York for a spot of shopping!

So any takers on elevenses in London, Dublin or Cheshire?