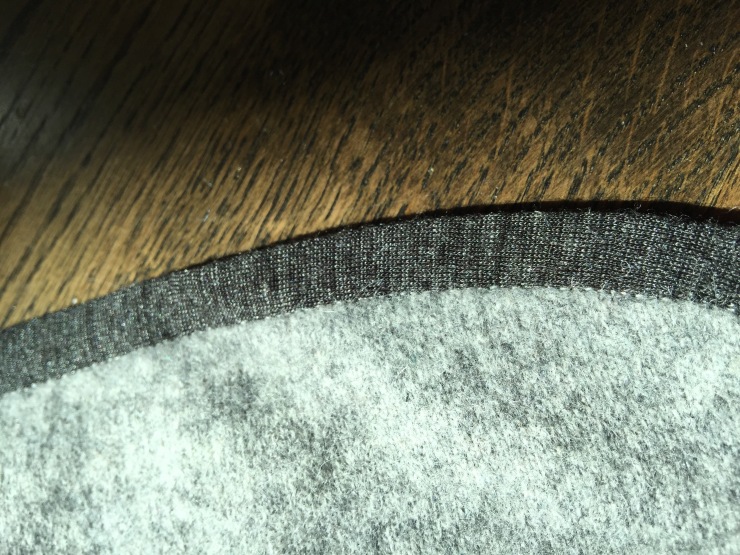 Am I obsessed with the weather? Hang on, don’t answer – I can read minds! Yes, its 36℃ here in sunny Sydney, but not that long ago I was considering how I would keep myself toastie in Old Blightie. So the night before departure I rustled up a very snuggly cardigan with what one might describe as a waterfall front? This shape works so well for travel I find. Wear it open when the weather is sunny and warm, toss one front over the shoulder for demi warm, and then go the full Canadian over both shoulders when your eyelashes are snapping off! Bonus, this shape obscures bloated airline belly – (a mild form of altitude sickness you know) and can be dressed up or down though I rarely manage the former. 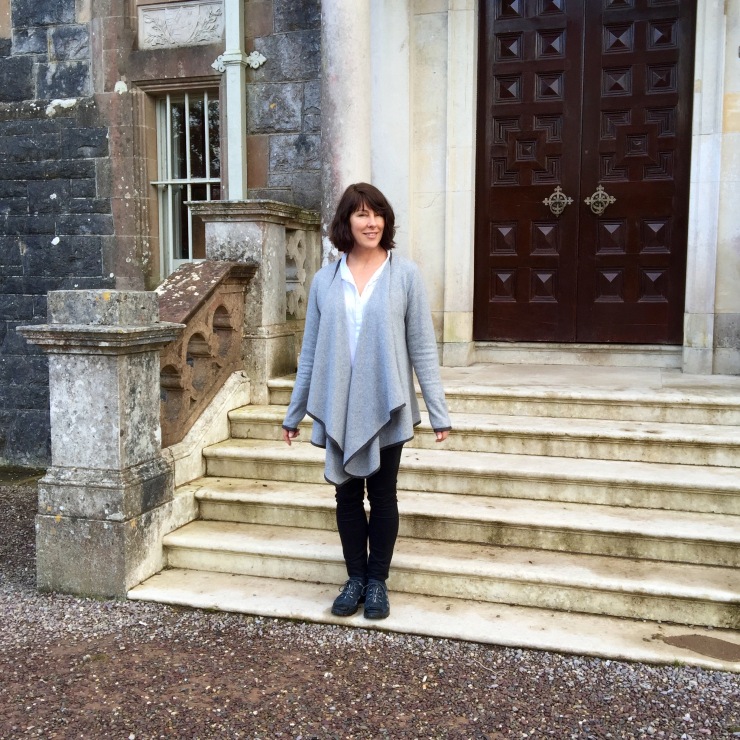 3 times random strangers asked where I’d bought this cardi – gold stamp of approval right there! My Mummy who was travelling with me proudly told anyone who’d listen “oh, she made it herself, you can’t buy this in a shop”. Only just recovered from the embarrassment! Thanks for the photos Mum x

I have a stretch block with darts – I loathe the darts. Just cannot bring myself to insert darts into a T shirt, so I contacted Judy Jackson of Craftsy’s Patternmaking for knits: Essential Slopers and asked the question.

“How do I eradicate the dreaded dart Judy?”.

JJ is a really approachable teacher with the most encouraging tone (yep, they’re still not paying me for this free advertising – hellooooo Craftsy).

Judy promptly replied “Lesley you half wit (JJ would never say that BTW, she’s a doll), just use the back as the front so you’ll be working with 2 backs.” “Oh derrrr, thanks JJ!”

The draft worked beautifully, partly because the front is totally unfitted of course but maybe I should make up a straight T-shirt and test it? I purposely left the sleeves longer, being a sheila that often covers her hands with sleeve ends – teen angsty style I call it. But I’ve decided they have to be shortened, just a bit too daggy though too long sleeves might work in a finer knit.

My intention was to introduce a powder blue merino wool binding, but I chickened out as I often do with colour and bound the edges in a dark grey –  cos, tone on tone is never wrong – is it?!

The very next day Jen at Grainline Studio posted a tutorial for almost the same garment, so, because I am lazy and Jen is a Master tutorialist, I present to you Jen’s Lark cardigan hack. To say that I’m astonished that we both came up with this concurrently no doubt speaks to the ubiquity of waterfall front cardis rather than any kind of genius on my part. One thing Jen has affirmed for me, the side seam does indeed require less curve than would normally be used for T shirts. Luckily I’d tested the general idea in a black wool funnel neck snaffled by Princess.

Photos taken at the Manor House (I think thats what it was) behind Blarney Castle, Ireland, where I did indeed invite peril into my life by kissing the  herpes laden Blarney stone. The myth is that it gives you “the gift of the gab”, but I reckon its the side order of communicable diseases that really adds excitement! This is a beautiful castle to visit, if not a little over touristy.

Now, onto the 21st speech for this weekend’s party, watch out #1 son, Mummy’s coming to getcha!!