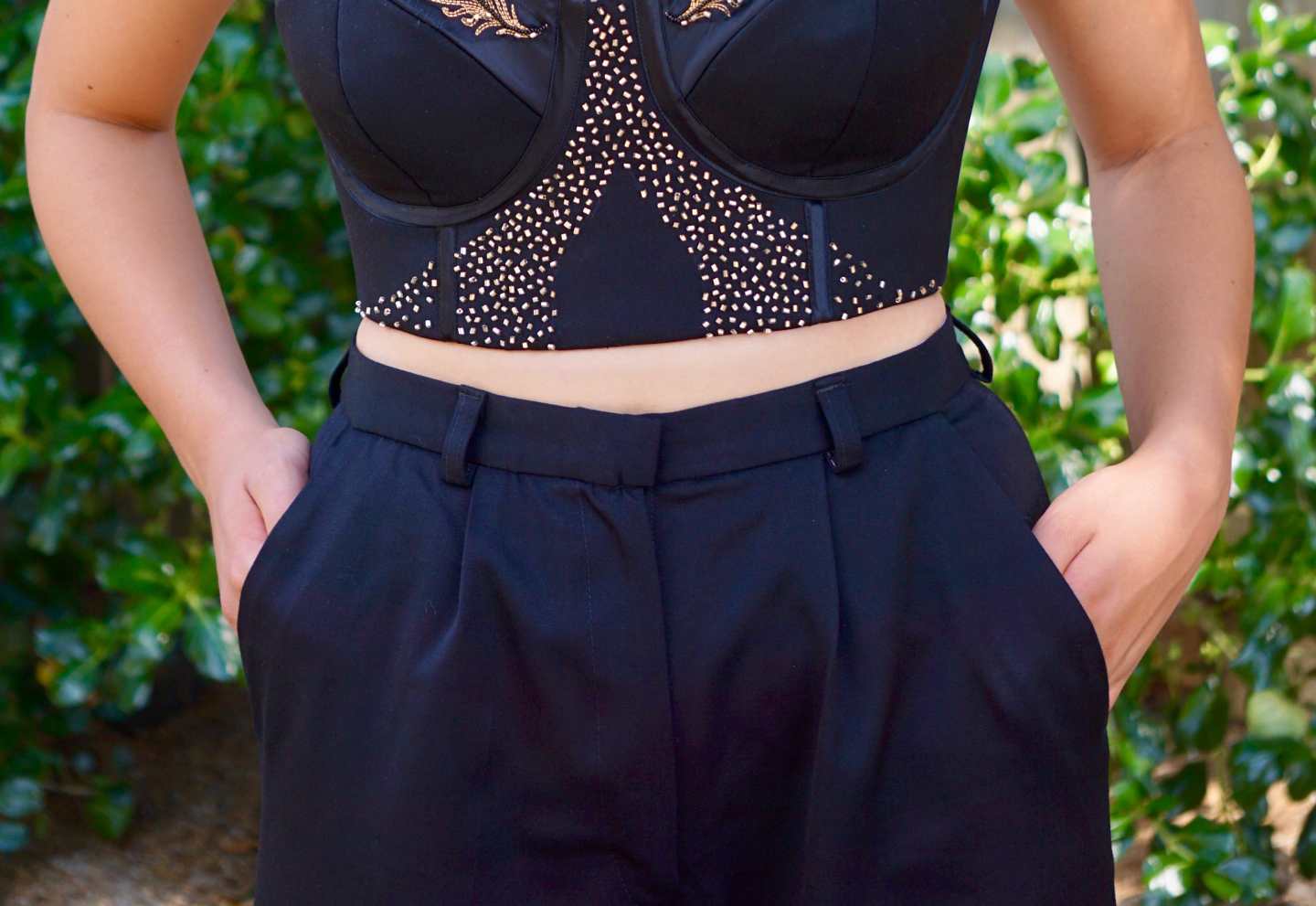 “Oh pants” as a pseudo expletive has a certain chutzpah about it. The sort of  “%#&@ this” that  “Oh trousers” could never hope to conjure. I might just start using it.

The trousers Princess was wearing in the previous post were very quickly ‘pattern cobbled’.  As a starting point, I had her try on a toile of my college’s pant block – yeeeuck! Then I thought to pop her into my own trouser block  made at a Studio Faro workshop – much better fit, apparently, we’re related! Princess needed a bit less fabric overall and the seat required more shape for her youthful buns – no biggy!   Actually I performed the exact same surgery on the pattern as Kirsten did on her very dandy Maritime Shorts  – scooped out the rear crotch curve a tad.

Suzy Furrer’s Craftsy class solved the puzzle as to how  volume could be added to the leg without adding  volume to the torso.  Her technique appears to keep the hip to waist fit neat, essentially adding fullness up to the low hip. Perfect for a pair of full, flare inspired trews. 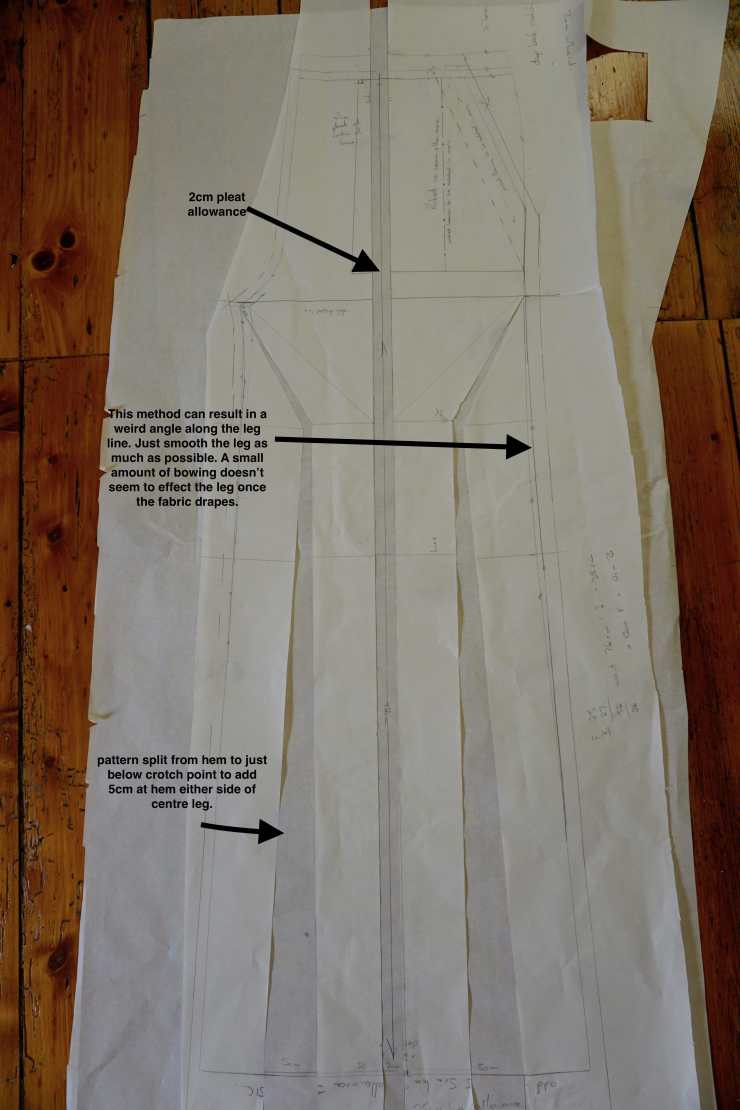 Alas, the 2cm I allowed for the pleat was just too skimpy, a problem solved by borrowing fabric from the generous waistline to increase the size of the pleat. If at all possible I had hoped to line the pleat up with the centre front crease line – that always looks nice and also makes for easier pressing, don’t you think? Next time I’ll go for a big fat 3+cm if designing a single pleat. Overall the total hem circumference was made 24cm larger. Checked against a pair of RTW trousers, it seemed about right.

Between my daughter doing her final exams, me travelling on a 10 day trip to the Northern territory and then her going away for a post high school camping shindig for a week, there was precious little fitting time. These trousers had to be fit and finished in 1 day, the final fashion parade being the day after! You’ll have to trust me when I say “they fit perfectly for the parade”! After 1 month’s R & R the pants now fit much less well !

The fabric, oy that fabric (much wringing of hands and gesticulating wildly), same as the jacket and bustier. Despite having basted the waistband before the final stitch in the ditch, the draggy, stretchy lycra/wool fabric crept and crept, till it had bunched horribly at centre front. So I shrugged and knew it would have to do. Following extensive statistical analysis It was estavblished that I was more likely to well and truly f%$@ it up further if I unpicked the waistband given mood, time and fatigue variables!

My teacher at college, Blair, has a penchant for trouser design and I have to thank him for some ideas here. I had originally drafted the pocket opening to be a bit longer and he suggested it could be wider at the waistband but shorter to reduce that opening bulge when seated – looks fab I think. 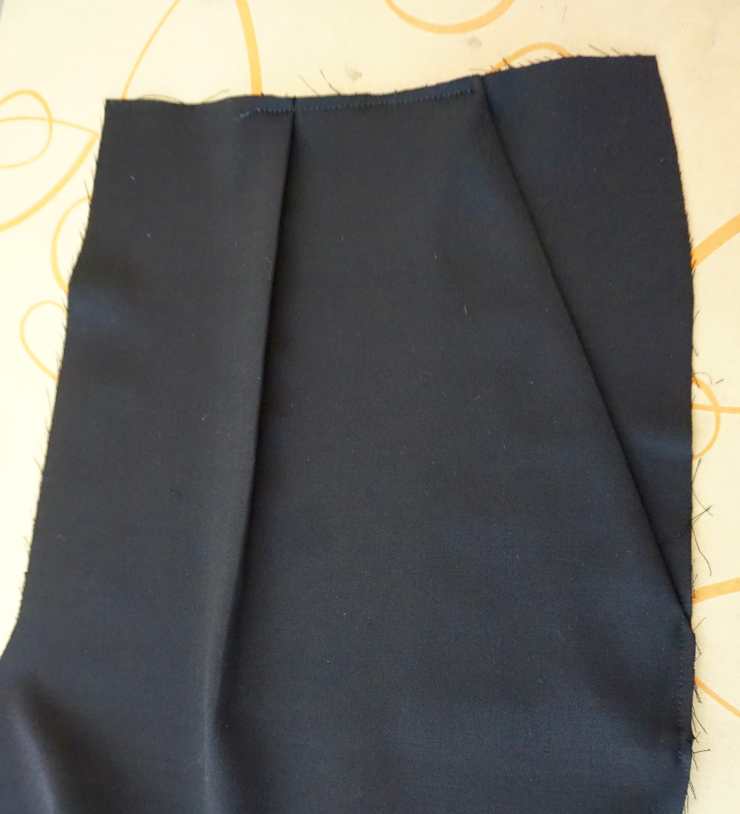 He also suggested I extend the pant front piece at the side seam just a tad to make it easier to slip hands inside the pocket. Hopefully the photo below will make that garble clear. But here was I thinking “I spend all my time trying to reinforce the pocket opening to prevent stretch and bagging!”, but it’s great – controlled ease is what we’re after – not uncontrolled bias stretch! 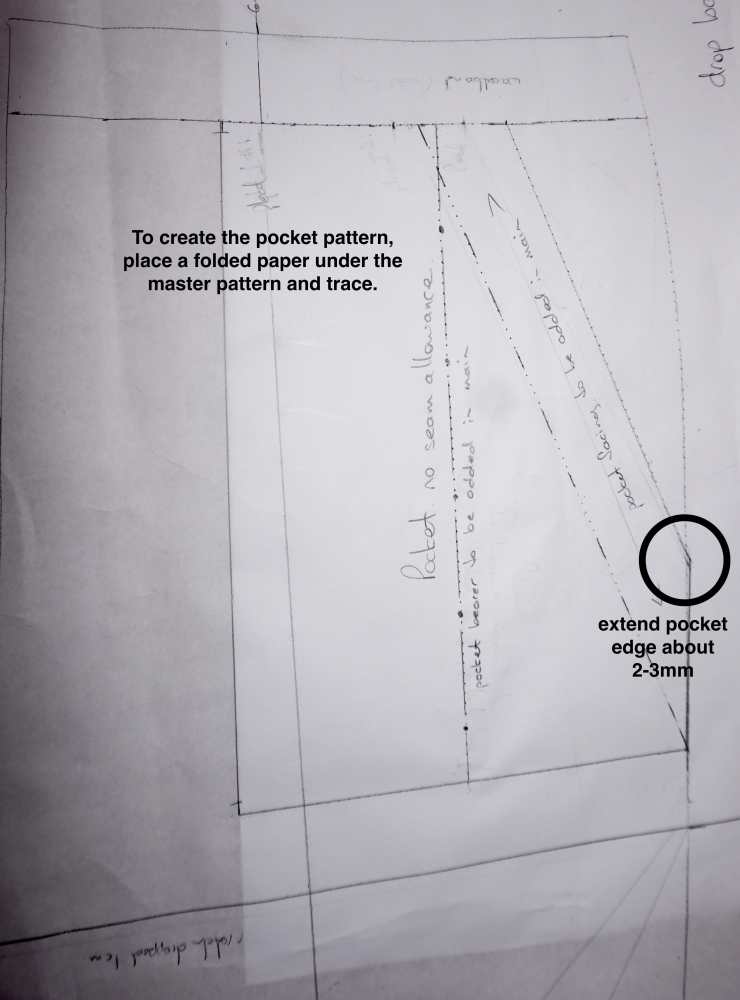 You’ll notice that this pocket pattern has a fold rather than a seamline on one side – Blair’s suggestion also. Anything for less bulk. Also, a simple french seam at the bottom of the pocket – very slick! Because the pant is loose at the front and the pocketing is fine, there’s no problem with a right angled corner showing through. 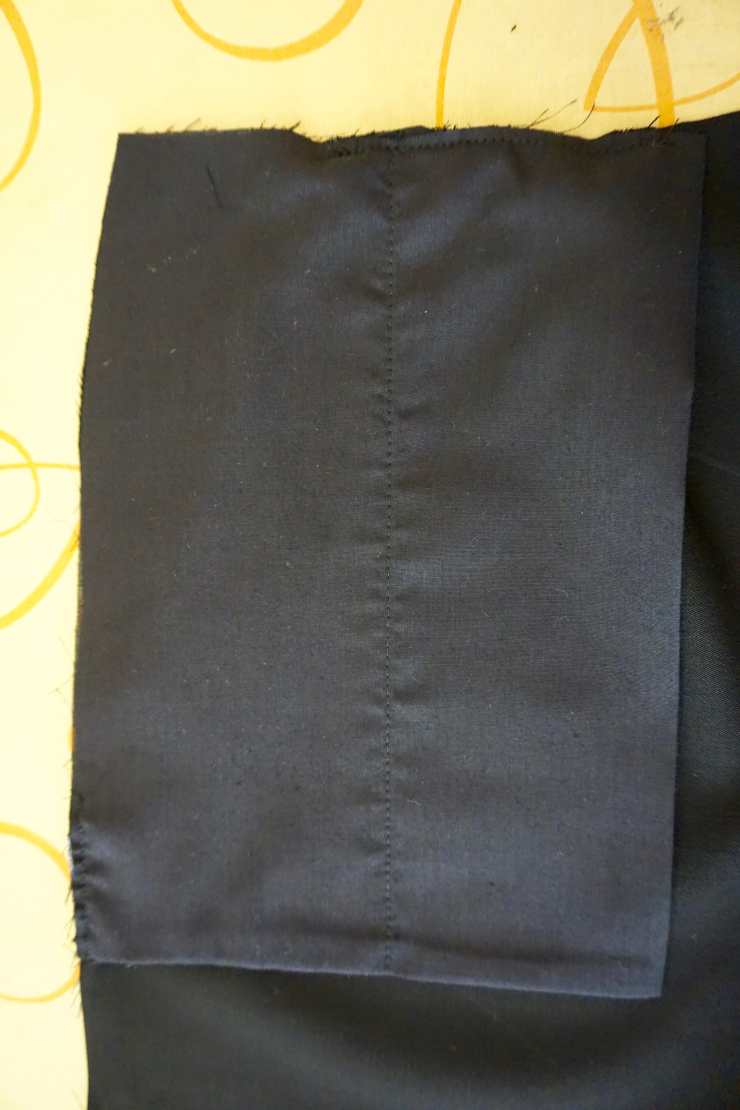 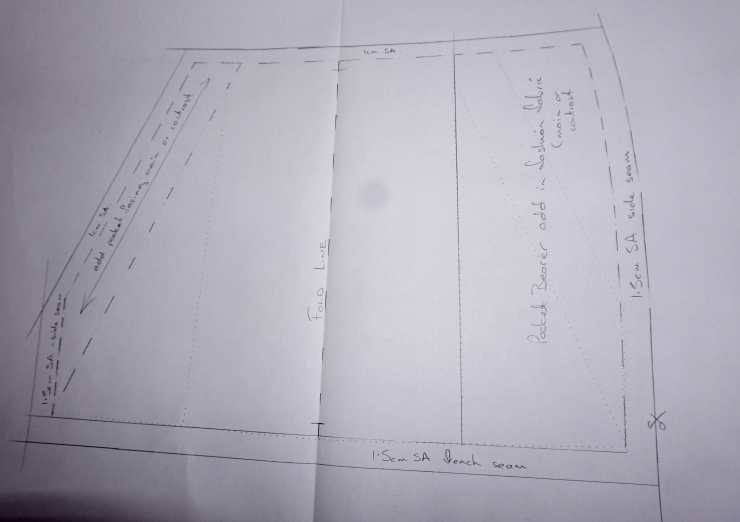 That’s it for the patternmaking shenanigans, thanks for not mentioning the grease stain on my pattern!

Just a quick question. If you were cutting and spreading to add volume to the front leg up to the waistline (as opposed to adding it to the low hip in this example), how do you deal with the back pant piece? The final hem circumference needs to be identical more/less between front and back so if I split the front – do I split the back and somehow eradicate the extra volume? There seems to be something wrong with my brain, cos’ I just don’t get it!

Studio Faro have started a members only area – its free at the moment but… gal’s gotta eat! The member’s area is a patternmaking forum (all patterns, not just trews), no question too stupid is the overarching mantra. Anita will be going into more detail about patternmaking and there are free resources like some blocks’n’stuff too.

Curvy Sewing Collective did a brilliant job of their pants making resources roundup. Something for everyone and every issue including fit, pattern adjustments and sewing.

Did you happen to see this on Rhonda’s Creative Life? An online custom pants block class from Joyce Simons Murphy? Joyce is a professional “pant maker” and writes for Threads magazine – the articles are on her site. The online pant block course looks great.